Understanding the Differences Between Chemical Etching and Laser Etching 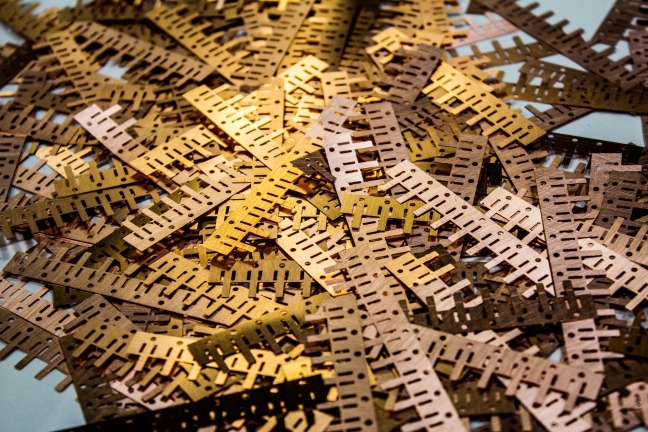 Chemical etching and laser etching are both subtractive manufacturing processes—they remove material from an object to produce a specific shape or design. Given that fact, it may seem reasonable to assume that both processes are more or less interchangeable or that they’re merely two distinct means of achieving the same result. However, those assumptions are far from the truth.

There are several important differences between chemical etching and laser etching. Understanding these differences is vital for anyone charged with the task of overseeing the fabrication of a product that must undergo subtractive manufacturing, as there are various factors that can make one of these processes much more desirable than the other. With that in mind, let’s discuss the ways that chemical etching differs from laser etching.

How Each Process Works

Chemical etching—sometimes called photochemical etching (or machining)—essentially involves the removal of material from a given part or object by subjecting it to a corrosive agent (etchant). First, selected portions of the material are carefully covered by a precisely crafted maskant that is capable of resisting the corrosive effects of the etchant. The material is then exposed to the selected etchant which removes any exposed material.

Because the maskant protects certain areas of the material and only those areas, it’s possible to create a variety of patterns, decorative or functional, whichever is needed.

Laser etching uses a narrow beam of coherent light (laser) to create the desired pattern on a surface. The laser is directed by a controller that determines the direction, size, and intensity of the beam as it etches the material. There are various kinds of lasers that are suitable for etching: gas, diode, solid-state, and others.

Normally, the laser etching process involves a mobile controller and a stationary part or material to be etched. In some cases, the part moves under a fixed laser. It’s also possible to have a setup where both controller and material move around to create the intended pattern.

Clearly, chemical etching and laser etching are very different procedures. As we will see, these differences have a variety of consequences for the manufacturing process. 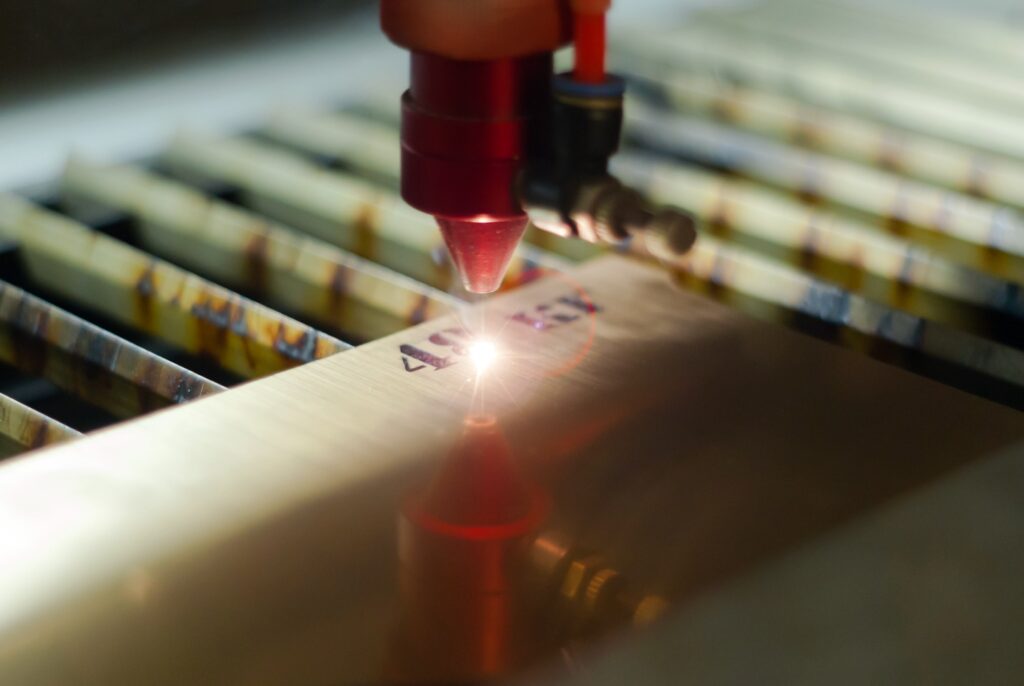 Chemical Etching and Laser Etching: Where Do They Differ?

Both of these processes share certain advantages. For example, laser etching and chemical etching equipment can be used on nearly all kinds of metals—even those of extreme hardness. They are both capable of a very high level of precision and accuracy.

However, lasers act on materials in a fundamentally different way than chemicals do, and that is an important factor that must be taken into account. Lasers also require the use of a certain type of apparatus that, itself, differs markedly from the equipment involved in chemical etching—that, too, has an impact that must be considered.

Here are a few aspects of production where the essential differences between these two production processes make themselves felt:

Because chemical etching works by exposing a material to a corrosive environment, it is possible to treat a large number of parts at the same time, particularly if the objects are small in size. By contrast, a laser operates in a sequential manner—the beam can only be in one spot on one component at any given moment. No matter how rapidly a laser moves, it can’t be in all places simultaneously, whereas a chemical bath, in effect, can.

This isn’t a particularly relevant factor when you’re dealing with prototypes or low production runs, but when you need to produce a lot of parts, chemical etching tends to get the job done faster—by a considerable margin.

As we’ve noted, both laser etching and chemical etching can create elaborate designs and patterns. Laser etching also has the benefit of high repeatability, which helps with quality control. However, not all kinds of materials are equally suited for both types of etching processes.

Lasers tend to produce thermal stress, which, depending on the kind of material being manufactured, can lead to the development of burrs or undesirable distortions. This phenomenon is especially harmful to extremely thin materials. Chemical etching, conversely, does not generate such stresses and, therefore, will not alter the material beyond what is intended.

Both processes can handle extremely complex designs. However, this is another area where the limitations of laser etching machines can cause production problems. Although laser etching can produce all sorts of patterns, it tends to do so more slowly than chemical etching. That has obvious consequences for the cost-effectiveness of the project.

Although laser etching is often adequate for manufacturing small quantities of parts, chemical etching tends to be superior when it comes to mass production. Chemical etching creates high-quality components in a speedy, cost-effective manner. In many instances, it’s simply the best available option for organizations that need a lot of parts as soon as possible.

Based out of Camarillo, CA, United Western Enterprises Inc. has decades of experience in the manufacture of photo-etched parts and components for a variety of industries, including the aerospace, medical, electronics, and automotive sectors. UWE, Inc., is an AS 9100D / ISO 9001:2015 Certified Company. To learn more, call us at 800-964-6461 or contact us online.

Ready to Get Started?